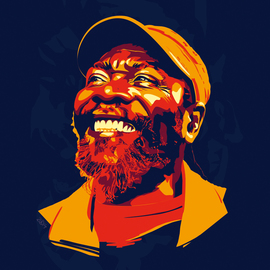 Buy the cd from the artist
Buy it digital on ITunes

Goodness reviews in the European media:

>>> Goodness is one of the best albums to be released this year. (Reggae.es, Spain).

>>> At 63 the former Gladiators’ singer is still living from and for his music. His new album Goodness is a jewel of acoustic reggae (Mondomix, France).

>>> Probably the best reggae album to listen to these days. (Marianne, France).

>>> Clinton Fearon proves once more that he is one of the finest song smiths in reggae music.  Do yourself a favor and GET this album! (Reggae-Vibes, Netherlands).

>>> Hands down one of the albums of the year (although it comes as no great surprise). (Reggaeville, Germany).

>>> With Goodness Clinton Fearon delivers one of his best albums in years. (Reggae.be, Belgium).

All songs written and composed by Clinton Fearon, except for the bonus track with chords and beat by Mark Oi.

Mastered by Rick Fisher at R.F.I. Mastering and Mell Dettmer at Soli Studio, both in Seattle, WA.